In order to create powerful web applications, targeted for major platforms and Web browsers, deliver the next generation of .NET based media experiences and rich interactive applications for the Web, Microsoft developed Silverlight.

In 2003, Microsoft was developing a technology called Windows Presentation Foundation (WPF), formerly code-named Avalon. It is the graphics engine implemented in Vista. As the needs for a more powerful web application and Rich Interactive Applications (RIAs) increases, Microsoft uses its WPF technology to develop a powerful media plug-in, targeted for major platforms, such as Windows,Mac OS X, and Linux (Moonlight), and web browsers, to deliver the next generation media experiences and .NET based Rich Interactive Applications (RIAs) for the Web.

In September 2007, Microsoft launched Silverlight 1.0. Silverlight 1.0 is built based on XAML (Extensible Application Markup Language) and JavaScript. It runs under the .NET Framework 3.0 and has a code behind written in JavaScript. Industry standard video and audio codecs, such as VC-1, WMV, MP3 and WMA, are supported by Silverlight. Silverlight 1.0 did not take long to become a big hit in the media plug-in industry. However, Silverlight 1.0 has several limitation, such as limited built-in User Interface controls and only supported by javascript as the code behind. To work around some of the limitation, a group of developers develop their own tools, such as Script#, a third party compiler which is used to compile C# source code into JavaScript.

With the enhanced capabilities and User Controls, Silverlight has gained more and more popularity since it was first released in September 2007. It is used to power the unprecedented online experience NBC Universal is creating for the 2008 Beijing Olympics [1].

More than just animation and media playback, Silverlight is a development environment that can put desktop performance and flexibility on the Web. This ability is supported by tools and software made available by Microsoft, and complemented by new services from Microsoft's Lives division.

A compact Common Language Runtime (CLR) is embedded in Silverlight, allowing developers to build desktop-like applications on the Web in a number of supported programming languages. The languages supported are C#, Javascript (ECMA 3.0), VB, Python and Ruby. The interpreters for Python and Ruby were built by Microsoft and have been released to the public, which allows developers to make contributions to it [2].

From the day it was released until now, the use of Silverlight technology is mostly in multimedia. Silverlight attacks the constraint of traditional media playback, such as quality levels and full screen viewing, by distributing multimedia as part of the application at quality levels up to 720p (high definition) and also allowing full screen viewing, not just a maximized browser screen [2]. Silverlight supports industry standard video and audio codec, such as Windows Media Video (WMV), Windows Media Audio (WMA) and MP3. In addition, Silverlight also supports VC-1, a video codec implemented by Microsoft and recognized by the Society of Motion Picture and Television Engineers (SMPTE). All of the leading next-generation optical media formats have adopted VC-1 as a mandatory codec. The DVD Forum, Blu-ray Disc Association, and FVD standard from Taiwan has mandated VC-1 as one of the mandated video codecs [3].

Microsoft introduced a new web service to support video streaming in Silverlight called Silverlight Streaming. It gives a free service for users and developers to host their Silverlight content and applications with Microsoft. With this service, users can take advantage of Microsoft's extensive global network and their content delivery network. Users is allowed to upload 4 GB of content and to stream up to 1 million minutes of online video delivery at 700 kbps [2].

Silverlight doesn't comply with existing standards. Instead of using the W3C's Scalable Vector Graphics (SVG) standard for vector graphics, Microsoft created its own XML-based vector graphics subset for XAML that is structurally similar to SVG. Since the SVG standard is widely used and supported by many applications and development technologies, the strategy of building a completely independent XML-based language for vector graphics limits the extent to which XAML developers can use or adapt existing third-party tools and technologies that are designed to work with SVG, and also limits the power of Silverlight to catch up with Web browsers that are more functional and standards-compliant. [5]

The main features of Silverlight version 2.0 are as follows: [6]

How to make an animation using Silverlight

ColorAnimation animates the value of a color property between two target values using linear interpolation over a specified duration. This type of animation is used to animate the colors of its objects.

PointAnimation animates the value of a point property between two target values using linear interpolation over a specified duration. An animation that moves objects or enlarges objects is the type of animation which falls into PointAnimation category. 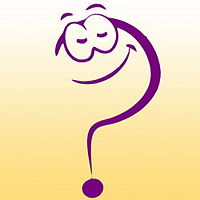 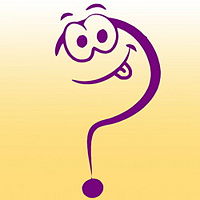 In the case of the sample animation above, it uses two still images, which are then shown in sequence to create the illusion of a motion. The first step in doing this is to create a new Silverlight 2 Application project in Expression Blend. It will automatically generate two XAML files called App.xaml and Page.xaml. Each of these files contains a C# code behind, App.xaml.cs and Page.xaml.cs. Furthermore, Page.xaml contains a UserControl and Grid (named "LayoutRoot") objects by default. Once the project files are created, the two still images are then imported to the project folder, which can be done by either selecting the "Add Existing Item" option under "Project" or dragging the images into the Expression Blend project. The images are then inserted into the Grid (LayoutRoot). A Storyboard object is needed to create an animation. So, the next step is to add a new Storyboard to the project. The Storyboard has a time line property which allows user to set how objects behave for a specific duration. At time 00:00:00 (hour:minute:second) set QuestionMark2.jpg file to be visible and QuestionMark1.jpg file to be not visible. Then, at time 00:00:01, change the setting to QuestionMark2.jpg file be not visible and QuestionMark1.jpg file be visible. And finally, at time 00:00:02, set QuestionMark2.jpg file back to be visible and QuestionMark1.jpg file to be not visible. With this interchanging sequences of behavior, the two still images create an illusion of one image that has a motion, just like the example found in this link http://nikolas6.com/SilverlightSample/SilverlightSample.html. To have the behavior repeated several times or forever, Storyboard has a property called "RepeatBehavior" which can be set to 1x, 2x, 3x, and forever. Once the animation is set up, the Storyboard must be set to start the time line. This can be done by editing the code behind Page.xaml.cs. Right click the Page.xaml and select "Edit in Visual Studio". This will open Visual Studio and the solution in which the Page.xaml belongs to. In this case, to start the Storyboard, the code behind should look like the following:

Once the modification is done in the code behind, save, rebuild and test the solution.

How to put Silverlight application into a web page

To embedded the Silverlight application into a web page, the easiest way is to embed the following code into the HTML page.

In the code above, the file SilverlightSample.xap is the Silverlight application which are supposed to be embedded into the web page.

Why and where to use Silverlight

The main reasons of people using Silverlight are as follows: [8]

Although there is no official survey about the percentage of Silverlight installation, the profit of selling server and development tools has reached $3 billion or about 25% of Microsoft's revenue in Q4 2007(ended 6/30/2007), which shows strong potential for Silverlight to take a place in market share. [9]

The relationship of Silveright to other applications

Tafiti is an animated search engine which combines Silverlight with Live Search launched by Microsoft in 2007. This service is designed to "help people use the web for research projects that span multiple search queries and sessions by helping visualize, store, and share research results", and intended to "explore the intersection of richer experiences on the web and the increasing specialization of search". [10]

Silverlight is used as the key technology for Popfly, a Rich Internet Application editor that enables users to create mashups, gadgets, Web pages and applications without any prerequisite of technical knowledge or development experience. [11]

In June 2008, Windows Live division released an MSN Toolbar for Internet Explorer based on Silverlight. The toolbar allows people to search and browse the entire MSN categories from the browser without going to the msn.com site. [12]

Also, CBS Television Stations adopt Silverlight for new user-generated content initiative on the web in order to create an interactive environment where audiences can participate in the local broadcast process. [13]

Silverlight aims to compete with Adobe Flash and the presentation components of Ajax. It also competes with Sun Microsystems’ JavaFX, which was launched a few days after Silverlight. Some people claim that as the future choice of developers who build rich Internet applications, Silverlight makes Flash/Flex look like an absolute toy. [14]

With the ambition to improve the "user experience capabilities" and provide an end-to-end development environment that encourages the use of Microsoft technologies and services, Microsoft plans to popularize Silverlight on mobile platform and ensure the foothold in the mobile market.[15]

Silverlight will support all major browsers on both Mac OS X and on Windows. Particular care is being taken to account for differences in platform and browser capabilities to ensure a consistent experience including experiences on Firefox, Safari, and Internet Explorer. Microsoft will extend the support for Silverlight on Linux through a partnership with Novell.

The next step of Silverlight's media development is to support Advanced Audio Coding (AAC) audio, MPEG4, H.264 and Flash video. Currently, Microsoft is gathering information from customers about the needed codecs and update Silverlight codecs when necessary.

According to the long-term goal for Silverlight, Microsoft hopes that "By using Expression Studio and Visual Studio, designers and developers can collaborate more effectively using the skills they have today to light up the Web of tomorrow. By leveraging Silverlight's support for .NET, High Definition video, cost-effective advanced streaming, unparalleled high-resolution interactivity with Deep Zoom technology, and controls, businesses can reach out to new markets across the Web, desktop, and devices".[16] However, there are still some requirements for Silverlight to gain future success. [17]