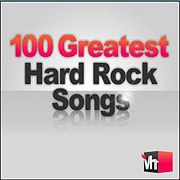 Five bands have two songs each on the list: AC/DC, Black Sabbath, Led Zeppelin, Van Halen, and the Who. No band has three or more. The oldest song on the list is 'You Really Got Me' by the Kinks, going back all the way to 1964. Meanwhile, the newest song is 'Slither' by Velvet Revolver from 2004. The only instrumental is 'Frankenstein', by the Edgar Winter Group. The longest is Iron Butterfly's 'In-A-Gadda-Da-Vida,' at over 17 minutes in duration, with the shortest being 'Blitzkrieg Bop' by the Ramones, coming in at 2 minutes and 14 seconds. The only all female band with a song on the list were the Runaways with 'Cherry Bomb'.