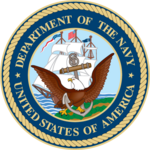 Navy Regulations are issued by the Secretary of the Navy (SECNAV), and are permanent regulations of general applicability, as opposed to other regulations that he or she may issue in accordance with law.

The Chief of Naval Operations (CNO) is responsible for maintaining Navy Regulations, and for ensuring that they conform to the current needs of the Department of the Navy. Any additions, changes or deletions to the U.S. Navy Regulations must be approved by the Secretary of the Navy.

While leaving this provision unaffected, Congress enacted the Goldwater-Nichols Department of Defense Reorganization Act of 1986 (Pub. L. 99–443), which granted each of the service secretaries the authority to prescribe regulations to carry out his or her statutory functions, powers and duties.