National Academy of Sciences report:
Nuclear waste from small modular reactors, L.M.Krall, et.al., PNAS, 31 May 2022, https://doi.org/10.1073/pnas.2111833119
From the abstract:
"the intrinsically higher neutron leakage associated with SMRs suggests that most designs are inferior to LWRs with respect to the generation, management, and final disposal of key radionuclides in nuclear waste."
"water-, molten salt-, and sodium-cooled SMR designs will increase the volume of nuclear waste in need of management and disposal by factors of 2 to 30."


For a critique of the NAS report see:
https://neutronbytes.com/2022/05/31/stanfords-questionable-study-on-spent-nuclear-fuel-for-smrs
For a response from NuScale see:
https://newsroom.nuscalepower.com/news

What about non-fuel waste

How big a problem is irradiated steel and other non-fuel waste from a nuclear power plant? 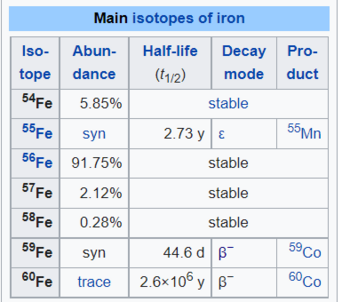 Answer from World Nuclear Association discussion of Recycling and reuse of materials from decommissioning:
Decommissioned steam generators from Bruce Power in Canada
"These steam generators were each 12m long and 2.5m diameter, with mass 100 tonnes, and contained some 4g of radionuclides with about 340 GBq of activity. Exposure was 0.08 mSv/hr at one metre." This compares to a chest x-ray (0.020 mSv) or the minimum exposure to show a measurable increase in cancer risk (100 mSv) XKCD Radiation Chart

Answer from Lyle McElhaney 30 March 2022:
Iron is an element that is difficult to make radioactive.

This table shows that iron-56, which is almost 92% of all naturally occurring iron, requires three neutron absorptions before it becomes radioactive, and two absorptions for another 2% of the material. A single absorption is a low probability event for any given iron nucleus; absorbing three is a low probability to the third power. If it does happen, it results in iron-59 which beta decays to cobalt-59 (stable) with a half-life of 45 days.

Of course, it also shows that about 6% of iron will become unstable with the absorption of a single neutron. The resulting isotope decays by electron capture, which does not emit a particle other than a neutrino, and results in manganese-55, which is stable. So, no harm done by that other than possibly some gamma-rays.

The cobalt-59 resulting from a triple neutron capture could catch another neutron, becoming the dreaded cobalt-60, nemesis of the cobalt bomb. Cobalt-60 has a powerful gamma-ray emission as it beta decays with a half-life of around 5 years. This requires, as noted, 4 successive neutron captures with an intervening beta decay after the third. It is a very small probability event in concept; I don’t know what it is in practice.

Other materials - some do become radioactive when drenched with neutrons for an extended time. One would need to know what materials to analyze what happens.