This is an image that I made a while back for WP...but it doesn't render properly it seems. Look at the source to see what it's supposed to look like. Any suggestions on how to fix it? I can simply redraw it if there isn't a simple solution. Cheers--Trenton Cronholm 22:54, 25 September 2007 (CDT)

Save it as a .gif, or .jpeg. SVGs are not always cross-client compatible. Failure for all browsers to accept common standards FTL. --Robert W King 23:13, 25 September 2007 (CDT) 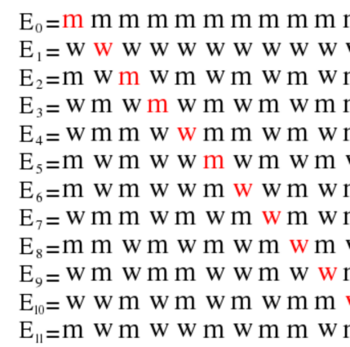 An Illustration of Cantor's diagonal argument.

Same problem persists, but thanks for the attempt. I will reupload in png format in a little while. In the meanwhile, any comments on the image itself?--Trenton Cronholm 09:18, 26 September 2007 (CDT)