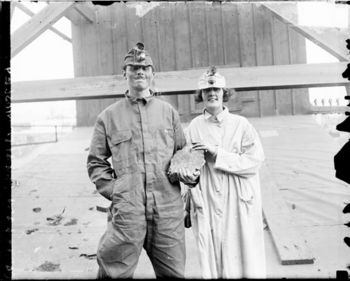 Sir Oswald Ernald Mosley, 6th Baronet (November 16th, 1896 – December 3rd 1980) was a British politician and the founder of the British Union of Fascists. Somewhat ironically, his rightward move toward fascism followed a stint as a Labour MP, although he'd first been elected as a Conservative. He abruptly quit the Labour Party when its leadership rejected a rather sweeping paper he had forwarded as a new direction for its platform. As the head of the BUF, he increasingly moved toward fascist political views, adopting the fascist salute, engaging in Jew-baiting, and famously attempting a march through Cable Street in London's East End. Detained for the duration of World War II as an enemy sympathizer, he nevertheless returned to politics, albeit on a more modest scale, after his release.

He married Diana, née Mitford (1910-2003), in 1936. She continued to defend her husband's reputation after his death, including an infamous BBC interview in 1989 for Desert Island Discs, when she spoke admiringly of Adolf Hitler.