Jane Austen (16 December 1775 – 18 July 1817) was an English novelist. Little recognised in her own lifetime, she has become the most widely read author of her era. She is known for her sharply drawn comic novels, portraying the society she lived in, the minor landed gentry of the early nineteenth century. 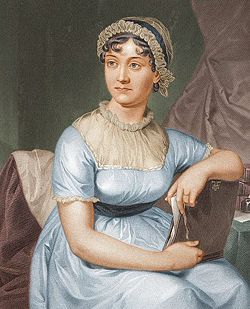 Jane Austen and her family

Jane Austen was born in Steventon, Hampshire, to the Reverend George Austen and his wife Cassandra, the seventh of eight children. Jane's father, Reverend George Austen, who came from a Kentish family, was rector of Steventon, Hampshire, from 1761 until his death. Since Steventon rectory was very old and collapsed in 1764, Mr and Mrs Austen rented the parsonage of the neighbouring parish of Deane, where their first three children were born: James (1765), George (1766) and Edward (1767). In 1768 the Austen family moved to Steventon into the repaired and enlarged rectory and there the rest of the Austen children were born: Henry (1771), Cassandra (1773), Francis (1774), Jane (1775) and Charles (1779). The old rectory was a rather old-fashioned but comfortable family home. It was Jane's home for the first twenty-five years of her life and the place where she composed her early novels. From 1785 to 1786 she was a pupil at Mrs La Tournelle's Boarding School in Reading, Berkshire. This was one of the very few occasions Jane ever moved outside her family home for a considerable length of time.

Following her return from school, Jane Austen first started literary composition and wrote a number of comic essays, skits and short stories (some left unfinished). This collection, called her Juvenilia, was never published in her lifetime.

After the marriage of her brother Edward to Elizabeth Bridges, the daughter of a Kentish baronet, Jane was able to travel independently into Kent. Those domestic changes began to broaden her horizons, providing her with new ideas she would weave into her writings. Remarkably, Jane only wrote for her own pleasure and for the amusement of her beloved family, to whom her literary compositions were read out. Her first three novels were written in the 1790s, Elinor and Marianne, First Impressions and one novel without title). Today the three are known as Sense and Sensibility, the original version of Pride and Prejudice and Lady Susan. 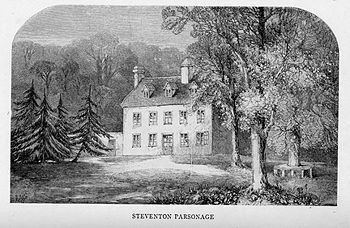 Austen moved to Bath with her parents and only sister Cassandra, in 1801, when her father retired. Bath gave her a set of observations and experiences differing from of country life, which enriched her later writings. After her father died in 1805, Jane, mother, and sister eventually returned to the countryside — Chawton Cottage in Hampshire — where Jane lived, writing her last four novels, until she died in 1817.[1]