This article contains just a definition and optionally other subpages (such as a list of related articles), but no metadata. Create the metadata page if you want to expand this into a full article. 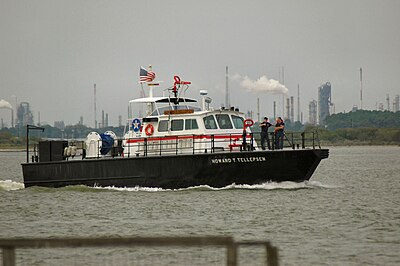 The Port authority replaced the older vessels with three Metalcraft 70 fireboats, each of which was more powerful than the three retiring craft put together.[1][2][3][4]

The vessel was named after a real estate developer who was appointed to the Port authority.[5]