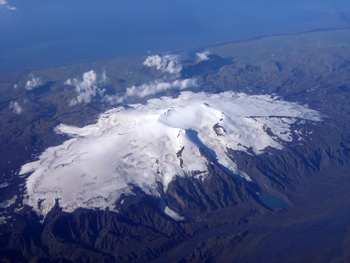 Eyjafjallajökull is a volcano in the South of Iceland that became known world-wide when it erupted in March-April 2010. This eruption caused its glaciers to melt, and the contact between the lava and the water produced a giant ash cloud that reached up into the stratosphere. The drastically increased concentration of small particles in the air posed a threat to the engines of air planes, which caused authorities to block air traffic in most of Europe for about one week. On this occasion, the name of the volcano inspired media around the globe to devote some of their content to Iceland and the Icelandic language, both rarely covered otherwise on an international level.

Major previous eruptions of Eyjafjallajökull were recorded in 920, 1612 and 1821-1823, each time followed by eruptions of the neighbouring Katla volcano, which is also subglacial. 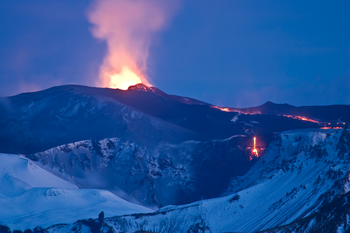