Bromance describes an intense feeling of intimacy between two heterosexual men but which doesn't involve sex.[1] A form of brotherhood and close friendship. It is a portmanteau which combines the terms "brother" with "romance". The term was first thought coined in the 1990s by the editor of Skateboard Magazine, Dave Carnie, referring to relationships between skaters who bond after spending much time together, however Carnie disputes this believing that claim originated from a false attribution on his Wikipedia biography, which was then erroneously picked up by the media.[2] The first verified use of the term appeared in surf culture magazine Transworld Surf Magazine, published in 1999 by editor Chris Cote.[3][4] The Oxford English Dictionary debuted Bromance in its 2013 edition, satisfied with the Cote evidence.[5]

There are indications the term is more extensively used in the media rather than in everyday usage.[6] Sometimes the term has been used to describe friendship between men in a critical way, particularly in the political sphere.[7] But a report from Lake Superior State University included the term "bromance" along with 14 others on their 2010 list of "Words Banished from the Queen's English for Mis-use, Over-use and General Uselessness."[8] On the list, bromance beat out the term "Chillaxin'" but was right behind "Too Big to Fail".[8]

Bromance in the media 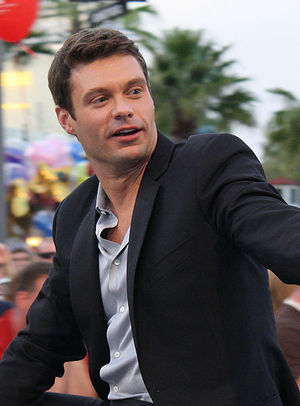 Surprisingly, the subject of heterosexual male-male guy likes guy stories have caught on in the media in the 2000s. MTV made a television series entitled Bromance which is a "tongue-in-cheek skein" with the usual dating series conventions like in ABC's reality-show program The Bachelor.[9] It's a bunch of guys vying in a contest to win the Platonic affection of The Hills TV star Brody Jenner.[9] A reporter for Variety explained the show's format:

The New York Times critic Ginia Bellafante thought the TV show was "unwatchable" and a "a comparatively conventional but completely unwatchable reality show."[10]

TV star Ryan Seacrest has admitted to having had bromantic relationships:

Other media projects have emphasized the theme of brotherly love, such as movies like Superbad and Knocked Up which feature "straight male pals" bonding.[9] In Superbad, after a night of "wacky hijinks, the two lads wind up in sleeping bag together exchanging intimacies with each other;[6] after a drunken exchange, one of the characters tells his buddy:

But Time Magazine critic Richard Corliss didn't like the whole idea of films focusing on the subject of love between men in a bromance, and used the term "closet-gay" to describe these films:

The movie I love you, man was a comedy featuring an intense bromance between two men, in which they make up in time for one of the men to get married to his female fiancee. Critic David Edelstein from NPR explained the movie's premise:

The Huffington Post in 2008 suggested that when "some guys now not only admit to same-sex infatuations without suffering a paralyzing identity crisis but announce them amounts to a seismic cultural shift."[11] And when a center-right leaning political commentator such as David Brooks treats the administration of center-left leaning Barack Obama with "respect," commentators at The New Republic describe the relationship as a "bromance."[13] The film The Hangover features four guys going to Las Vegas for a "booze–babes–and–baccarat bachelor party two nights before the wedding."[14] The common feature of many of these movies, according to Corliss, is "the assumption by men of the traditional movie male and female roles" and which feature women as "creatures either to ignore or flee from."[14] A critic for the San Francisco Chronicle suggested that the relationship between Captain Kirk and Spock in the latest Star Trek movie was a bromance.[15]

In addition, celebrities such as actor Tom Cruise and soccer star David Beckham have been linked in a bromance.[16] 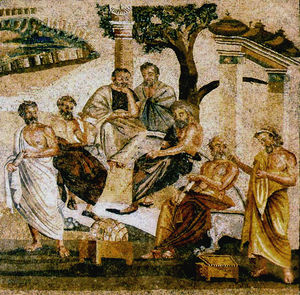 Did Aristotle have a man crush on Plato?

Aristotle's classical description of friendship is often taken to be the prototype of the bromance. He wrote around 300 BCE, "It is those who desire the good of their friends for the friends' sake that are most truly friends, because each loves the other for what he is, and not for any incidental quality." Writer Peter Hartlaub in the San Francisco Chronicle wondered whether Aristotle had a man-crush on his teacher and fellow philosopher Plato.[17] Hartlaub described the sense of a "man-crush":

There are examples of famous intense male friendships throughout most of Western history and such relationships were likewise common. It has been posited that in the late 19th century, Freudianism and the emergence of visible homosexuality directed heterosexual men to avoid expressions of intense affection.

Research into friendship and masculinity has found that recent generations of men, raised by feminist mothers in the 1970s, are more emotionally open and more expressive. There is also less concern among men at the notion of being identified as gay and so men are more comfortable exploring deeper friendships with other men.[18][19][20]

Another factor believed to influence bromance is that men are marrying later. According to a 2007 study conducted by the Rutgers University National Marriage Project, the average age of a man's first marriage is 27, up from 23 in 1960. It was also found that men with more education are waiting until their 30s before getting married.[19] The financial pressure of staying single longer may lead to men becoming roommates for extended periods, promoting bromance.

While the term has generally been applied to straight relationships, mixed gay-straight relationships have also been dubbed bromances. Examples of well-known gay-straight bromances (sometimes dubbed "homomances" or "hobromances") include Ronnie Kroell and Ben DiChiara from the reality series Make Me a Supermodel, in which the pair was nicknamed "Bronnie"[21] (similar to such celebrity couple nicknames as TomKat and Bennifer), the Survivor: Gabon relationship between Charlie Herschel and Marcus Lehman,[22] and American Idol's Kris Allen and Adam Lambert which was given the name "Kradam".[23]