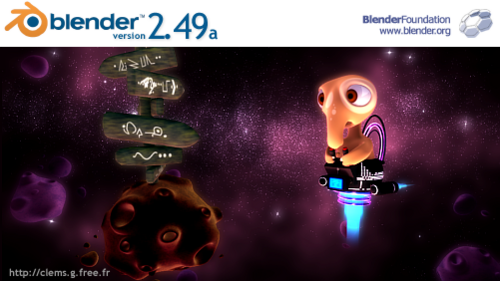 Blender is a free open source content creation suite released under the GNU General Public Licence although Blender is free it is comparable to higher end 3D Software Such as 3Ds Max, Lightwave, and Maya because they all share similar tools such as Fluid Simulation, Rigid Body, Soft Body, node based material system integrated into it along along with Python for writing scripts which allow more user creatability and customization. Blender is also available on all major operating systems which include Windows 2000, XP, Vista, MacOS X, Linux, Solaris, Irix, FreeBSD. Although Blender boasts a very powerful set of tools it can still run pretty well on less powerful PC with the minimum requirements being a 300 MHz CPU,128 MB Ram,20 MB of free hard disk space,3 button mouse and an Open GL Compatible Graphics processing unit(Videocard) with a minimum of 16 MB Ram.

In 1988, Ton Roosendaal co-founded the Dutch animation studio NeoGeo. This studio quickly became the largest 3D animation house in the Netherlands. Within NeoGeo, Ton was responsible for both art direction and internal software development. After a careful deliberation it was decided that the current in-house 3D toolset needed to be rewritten from scratch. In 1995 this rewrite began and was destined to become the 3D software tool we all now know as Blender.

In 1998, Ton founded a new company called Not a Number (NaN), to further market and develop Blender. NaN's business model involved providing commercial products and services around Blender. In 2000 the company secured growth financing by several investment companies. Target was to create a free creation tool for interactive 3D (on-line) content and commercial versions of the software for distribution and publishing.

Sadly, due to disappointing sales and the ongoing difficult economic climate, the NaN investors decided to shut down all operations early 2002. The shutdown also included discontinuing the development of Blender. Enthusiastic support from the user community and customers couldn't justify leaving Blender to disappear into oblivion. Since restarting a company with a sufficiently large team of developers wasn't feasible, in May 2002 Ton Roosendaal started the non-profit Blender Foundation.

The Blender Foundation's first goal was to find a way to continue developing and promoting Blender as a community based open source project. In July 2002, Ton managed to get the NaN investors to agree on a unique Blender Foundation plan to attempt to open source Blender. The "Free Blender" campaign sought to raise 100,000 EUR, as a one-time fee so that the NaN investors would agree on open sourcing Blender. To everyone's shock and surprise the campaign reached the 100,000 EUR goal in only seven short weeks. On Sunday Oct 13, 2002, Blender was released to the world under the terms of the GNU General Public License. Blender development continued since that day driven by a team of far flung dedicated volunteers from around the world led by Blender's original creator, Ton Roosendaal.

With Blender originating as an in-house creation tool, the day-to-day feedback and interaction of both developing and using the software was one of its most outstanding features. In first 2.5 years of open source development, it was especially this uniqueness of Blender that has proven to be difficult to organize and maintain. Instead of getting funding to bring together software developers, the Blender Foundation decided to start a project to bring together the most outstanding artists in the Blender community and challenge them to make an exciting 3D animation movie short.

This is how "Project Orange" started in 2005, which resulted in the world's first and widely recognized Open Movie "Elephants Dream". Not only was the entirely created using Open Source tools, the end-result and all of the assets as used in the studio were published under an open license, the Creative Commons Attribute.

Because of the overwhelming success of the first open movie project, Ton Roosendaal, established the "Blender Institute" in summer 2007. This now is the permanent office and studio to more efficiently organize the Blender Foundation goals, but especially to coordinate and facilitate Open Projects related to 3D movies, games or visual effects. In April 2008 the Peach Project, the open movie "Big Buck Bunny", was completed in the Blender Institute. In September 2008 the open game "YoFrankie!" was released.

Blender supports Python scripts which allow people to write their own scripts to facilitate modeling certain objects such as the script Bolt Factory. The script allows the user to create models of various types of screw fasteners including Hex, Dome, Allen & Phillip in an instant

Modifier stack deformers such as Lattice, Curve, Armature or Displace

Mesh modeling based on vertex, edge and/or face selection

Because of the overwhelming success of the first open movie project, Ton Roosendaal, the Blender Foundation's chairman, has established the "Blender Institute". This now is the permanent office and studio to more efficiently organize the Blender Foundation goals, but especially to coordinate and facilitate Open Projects related to 3D movies, games or visual effects.

Staff A small team of about 4 people, producers and project coordinators, an administrator. Research/development positions are possible as well. This team will also work on Foundation blender.org projects.

Studio Fully equipped project space to host at least two teams of 5-6 people. The studios will be available for temporary projects, for open movie/game/effect projects.

An Open Project means that the end result will be published under an open license, free for everyone to re-distribute, re-use or publish. Typically we'll use the Creative Commons (attribute) license for it.

Open Projects, for at least the Blender Institute's part, will be created using free/open source software.

Since mid 2008, the blender.org domains run on 5 servers, with a monthly traffic of about 8 TB.

This means that there are 3.4 million downloads a year via blender.org.

Why Blender is free:

Blender was originally developed as in-house 3D software by the Dutch animation studio NeoGeo. As a spin-off of NeoGeo, co-founder Ton Roosendaal founded a new company called Not a Number to market and develop Blender, while making Blender available to anyone via the internet. Sadly, NaN's ambitions and opportunities didn't match the company's capabilities and the market realities of the time, and after a turbulent corporate history, Not a Number was shut down in October 2001. (Read more about Blender's history here)

In 2002, Ton Roosendaal started the non-profit Blender Foundation with the goal of resurrecting Blender as an open source software project. A deal was reached with the company's investors to initiate a fund-raising campaign to buy back the rights to Blender, at a cost of $100,000. Thanks to an enthusiastic group of volunteers including several ex-NaN employees, along with donations from thousands of loyal Blender supporters, the $100,000 target was reached in seven short weeks. Blender was then freely released to the world under the terms of the GNU General Public License. 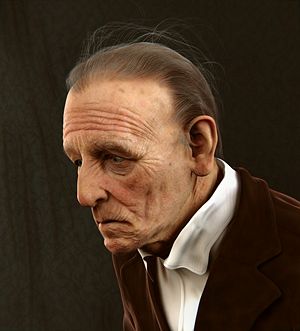