Artificial neurons are processing units based on a neural model, often inspired on the biological neurons. The first artificial neuron model was created by McCullough and Pitts, since when newer and more realistic models have appeared.

Artificial neurons can be associated in order to create artificial neural networks, which process the data carried through the neural connections. 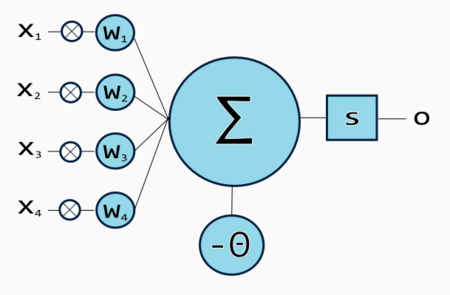 a) Synaptic operation. Processes incoming data, considering the strength of each connection (often represented as a value called weight).

b) Somatic operation. Provides operations such as thresholding, aggregation, non-linear activation and dynamic processing to the synaptic inputs. Most of these operations are used to implement a threshold effect.