An eBook reader, or ereader, is a hand-held device for reading electronic books and other materials which historically were published in paper form. 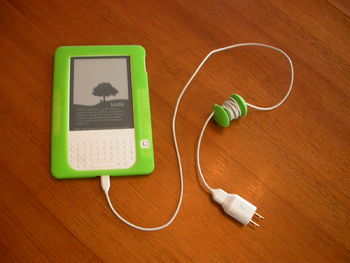 The first commercially successful ereader was the Kindle, which began to be sold by Amazon in 2007, and it was closely followed by the Nook (Barnes & Noble). Ultimately, these specialized devices may end up being superseded by the corresponding app on tablet computing devices, including smartphones. A related development is the emergence of workable, standardized formats for electronic books, such as mobi, which allow a book to be transferred to any one of a variety of different reading devices, programs, or apps.

Even before the advent of commercially successful ereader devices, non-copyrighted literature was beginning to be made available freely in electronic form by Project Gutenberg.