Difference between revisions of "Asian elephant" 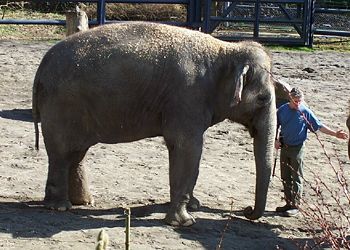 Asian elephants are smaller than their African cousins, but still tower over humans.

The Asian elephant (Elephas maximus) is distinguished from the African elephant variety by its smaller height (7-12 ft), proportionally smaller ears, and by the females not growing tusks. Some male Asian elephants never grow tusks either.

Asian elephants are considered an endangered species, and are in much more dire straits than African ones. 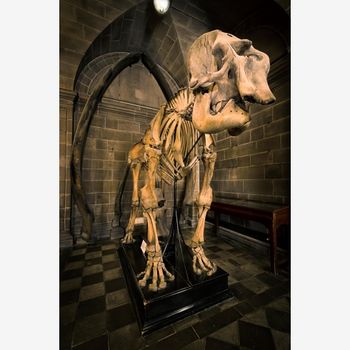 Asian elephant skeleton in the Anatomical Museum of the University of Edinburgh. This elephant was most likely a female as suggested by the lack of tusks. Photo by Hugh Pastoll.
Retrieved from "https://citizendium.org/wiki/index.php?title=Asian_elephant&oldid=422369"
Categories:
Hidden category: