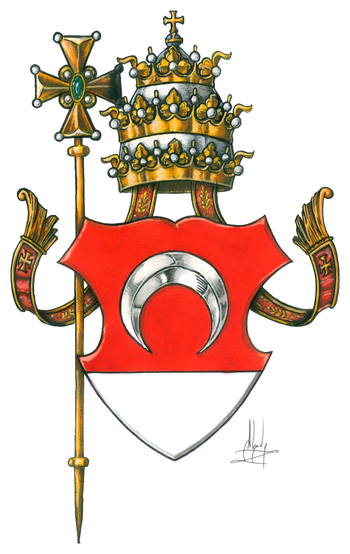 The coat of arms of Pedro de Luna as pope.

Benedict XIII, original name Pedro de Luna y Pérez de Gotor (born c. 1328, Illueca, Kingdom of Aragon – died 23 May 1423, Peñíscola, Valencia) reigned as pope in Avignon, Provence in opposition to the popes in Rome from 11 October 1394 until 26 July 1417, when the Council of Constance pronounced Benedict deposed. He continued to be recognized in a diminishing number of countries until 1420, after which his authority was confined to his family lands. He never renounced his claims.