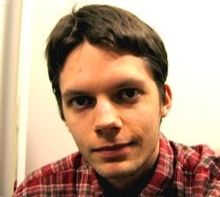 I'm 21 years old and an undergraduate student in Engineering Physics at Chalmers University of Technology, Gothenburg, Sweden. I studied Software Engineering for one year before switching over to physics. My main interests are mathematics and computer science (particularly the intersection thereof). I plan to get a master's degree in engineering mathematics/scientific computing after finishing my bachelor-level studies.

I've been programming on a hobby basis for about 7 years, mostly in Python and to a lesser extent in C.

If I have any claim to expertise, it would be about Doom (the computer game) which I've been playing and making maps for during almost 10 years. I wrote most of the Wikipedia article about Doom, which is a featured article (though I'm not happy with its quality now), and started the Doom Wiki.

I've been editing Wikipedia since 2003 and was an administrator there for roughly one year. Citizendium is an interesting alternative to Wikipedia, I think, mainly for the following reasons:

I have a fairly good command of the English language, and have a sensitive eye for inconsistencies and formatting errors. I've done a lot of copyediting at Wikipedia. Nevertheless, as a non-native English speaker, I sometimes make grammatical errors or phrase things awkwardly. Please don't hesitate to mercilessly edit anything I write!

Articles I have edited

Original graphics I have uploaded

Since Citizendium does not yet support SVG images, I will upload illustrations in PNG format. Vector sources and generating scripts are available upon request.