National Institute of Standards and Technology

From Citizendium
(Redirected from NIST)
Jump to navigation Jump to search 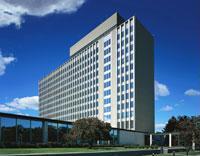 The National Institute of Standards and Technology (NIST) is a United States federal agency within the U.S. Department of Commerce.[1] The institute was founded in 1901 with the aim of advancing measurement in science, standards, and technology. NIST was known between 1901–1988 as the National Bureau of Standards (NBS).

NIST has an operating budget of about $1.6 billion[2] and operates in two locations: Gaithersburg, Maryland, and Boulder, Colorado. NIST employs a staff of about 2,900 scientists, engineers, technicians, and support and administrative personnel. About 2,600 associates and facility users from academia, industry and other government agencies complement the staff.[3] 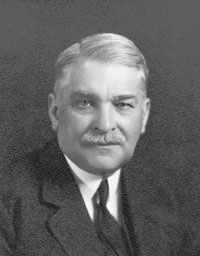 Article 1, Section 8 of the United States Constitution grants the U.S. Congress the power to "To coin money, regulate the value thereof, and of foreign coin, and fix the standard of weights and measures". In June 1836, almost fifty years after the U. S. Constitution was ratified, the U.S. Senate and the U.S. House of Representatives adopted a joint resolution establishing a U.S. Office of Weights and Measures within the U.S. Department of the Treasury. From that date until March 1901, the Office of Weights and Measures was administered mostly by the U.S. Coast Survey, later renamed as the U.S. Coast and Geodetic Survey (USC&GS), within the U.S. Department of the Treasury.[4] Ferdinand Rudolph Hassler, a professor of mathematics, served as the head of U.S. Coast Survey as well as the Office of Weights and Measures from 1836 to 1843.[5][6]

In 1899, Henry Smith Pritchett (the then head of the U.S. Coast and Geodetic Survey) was determined to bring the Office of Weights and Measures into line with the changing industrial and scientific needs for standards other than simply weights and measures. To that end, he asked Samuel W. Stratton, a physics professor at University of Chicago (later to become president of the Massachusetts Institute of Technology), to help reorganize the Office of Weights and Measures. Stratton developed a comprehensive report on the need for a well-equipped national bureau of standards and outlined plans for establishing it.[7][8] The U.S. Congress adopted his ideas and enacted the Bureau of Standards Act in March 1901 which abolished the Office of Weights and Measures and created the National Bureau of Standards (NBS) within the U.S. Department of the Treasury. Stratton was appointed as its first director and he remained there for twenty-one years.[9]

Before the move to Gaithersburg, many laboratories were located in what is now the University of the District of Columbia main campus.

Some of these are expanded upon below.

The purpose of this program is to improve the performance of U.S. manufacturers, service companies, educational institutions, and health care providers. An important tool for achieving improvements is the annual Malcolm Baldrige National Quality Award, which is given for performance excellence and quality achievement. This award, the highest honor for organizational performance excellence in the U.S., was created on August 20, 1987 and is named for Malcolm Baldrige, who served as 26th Secretary of Commerce from 1981 until 1987.

Originally, three types of organizations were eligible: manufacturers, service companies and small businesses. This was expanded in 1999 to include education and health care organizations, and again in 2007 to include nonprofit organizations (including charities, trade and professional associations, and government agencies). From 1988 until 2007, 72 organizations have received Baldrige Awards.

Ernest Frederick Hollings was a U.S. Senator from 1966 until 2005. In 1988 he introduced the Technology Competitiveness Act. This legislation set up the Manufacturing Extension Partnership (MEP). The partnership program was started in 1990. Upon retirement of Senator Hollings, the program was renamed the Hollings Manufacturing Extension Partnership in his honor. MEP is a U.S. network of 350 not-for-profit centers, whose purpose is to provide services to small and medium sized manufacturers. The centers, serving all 50 States and Puerto Rico, are linked together through NIST. Centers are funded by federal, state, local and private resources. The centers provide manufacturers access to technology making it possible for them to compete globally. MEP's operating budget in 2006 was $104.6 million. MEP also received $4.5 million in special funding to support the needs of manufacturers that were directly affected by the 2005 hurricane Katrina.

On August 9, 2007 a new Technology Innovation Program (TIP) was started at NIST. The program was established "to support, promote, and accelerate innovation in the United States through high-risk, high-reward research in areas of critical national need." The primary mechanism of TIP is to give cost-shared research grants and contracts awarded on the basis of merit competitions.

The Phyiscal Measurement Laboratory maintains a database of physical reference data[13] in conjunction with the international community, and publishes this data on its website with supporting documents from international metrology organizations, particularly CODATA.[14]

In addition, an "Elemental Data Index" provides access to all of the NIST Physical Measurement Laboratory's online data organized by element.