Hawaii is a state of the United States of America consisting of an archipelago in the Pacific Ocean. Hawaii became the 50th state to join the USA on August 21, 1959. It was previously an independent Polynesian kingdom until its monarchy was overthrown in 1893, and the territory annexed by the USA in 1898. 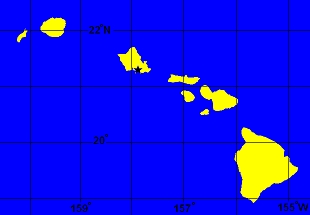 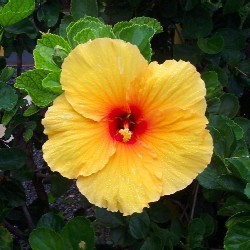 The largest island in the achipelago.

The smallest of the 8 main islands in the archipelago. Uninhabited.

The seat of state government with the capital city Honolulu.

English and Hawaiian, a Polynesian language, are official in Hawaii. Reflecting high immigration in the nineteenth and twentieth centuries, several other languages have been or continue to be spoken, including Japanese, Filipino and various Chinese varieties. Many of these immigrant languages were brought from East and South-East Asia and the needs for speakers of diverse language backgrounds to communicate led to the development of Pidgin Hawaiian, a fairly rudimentary pidgin language drawing much of its vocabulary from Hawaiian, but with many languages contributing to its formation. In the 1890s and afterwards, the increased spread of English favored the use of an English-based pidgin instead, which, once nativized as the first language of children, developed into a creole which today is misleadingly called Hawaiian 'Pidgin'.